When the 2011 municipal takeover in Flint, Michigan placed the city under state control, some supported the intervention while others saw it as an affront to democracy. Still others were ambivalent about what was supposed to be a temporary disruption. However, the city’s fiscal emergency soon became a public health emergency—the Flint Water Crisis—that captured international attention.

In walking readers through the policy history of, implementation of, and reaction to Flint’s two municipal takeovers, Nickels highlights how the ostensibly apolitical policy is, in fact, highly political. 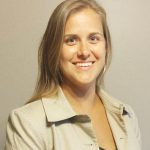 Ashley E. Nickels, Ph.D. is an Assistant Professor of Political Science at Kent State University. She is the co-editor of Community Development and Public Administration Theory: Promoting Democratic Principles to Improve Communities (Routledge) and author of Power Participation, and Protest in Flint Michigan (Temple).