“Concentration of Poverty in the New Millennium” 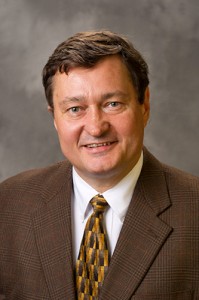 The problems of poverty are exacerbated when poor people live in dysfunctional high-poverty neighborhoods, where they are exposed to high levels of crime and violence and have limited access to educational and economic opportunities.  Growing up in such neighborhoods can affect children’s health and educational achievement.  This paper combines data from several sources to document the recent trends in concentrated poverty and the implications of those trends for social and housing policy.  Since 2000, the spatial concentration of poverty has surged, particularly since the housing crisis and recession began in 2008.  In particular, concentrated poverty has returned to and surpassed the peak levels of 1990, but with important differences in the distribution and composition of high-poverty neighborhoods.  For example, concentration of poverty has grown fastest among non-Hispanic whites.  High-poverty neighborhoods are substantially less likely to be composed of a single racial or ethnic group.   No longer confined to the central cities of major metropolitan areas, concentration of poverty has increased faster in smaller metropolitan areas.  Another change is that high-poverty census tracts are no longer found in one or two contiguous clusters, but are more widely scattered around metropolitan areas, including inner-ring suburban areas.  Concentration of poverty, therefore, remains an important social problem that is now affecting more groups in more diverse locations in the metropolitan landscape.