“The Social Ecology of African American Homicide:  Philadelphia since 1940” 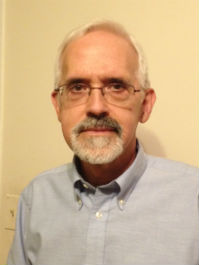 Eric Schneider is the Associate Director for Academic Affairs and an Adjunct Professor of History in the College of Arts and Sciences at the University of Pennsylvania.  He is the author of In the Web of Class:  Delinquents and Reformers in Boston, 1810s-1930s (1992), Vampires, Dragons, and Egyptian Kings:  Youth Gangs in Postwar New York (1999), and Smack:  Heroin and the American City  (2008), which won the Kenneth B. Jackson Prize for the best book in North American urban history.  Schneider is currently working on a history of homicide in Philadelphia from the 1940s to the 1990s, American Necropolis:  Homicide in the Modern City.

What explains the concentration of homicide among African Americans?  In Philadelphia over the past twenty-five years, 70 percent of nearly 9,500 homicide victims were African American, and over half were African American males between the ages of 18 and 40.  Most commentators see this as a uniquely contemporary problem, but it is not. This paper explores the historical development of the contemporary homicide crisis, reviews existing explanations for homicide, and then uses excerpts from a sample of homicide trial transcripts to argue for the emergence and perpetuation of “homicidal environments.”