Join the Faculty of Arts and Sciences for the

“The Architecture of Segregation: Public Policy and the Origin of Spatial Inequality”. 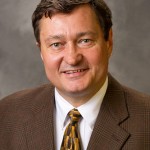 The Architecture of Segregation:
Public Policy and the Origin of Spatial Inequality

Since 2000, the number of people living in high-poverty ghettos, barrios, and slums has doubled – rising from 7.2 million to over 14 million.  As a result, more poor adults live in neighborhoods with little access to social capital and information networks that could lead to jobs.  More poor children grow up in neighborhoods that lack employed role models and attend schools that, on average, function at far lower levels than those of the middle class.  More of the poor are exposed to neighborhood conditions that harm physical and mental health. Spatial inequality – the pattern of racial and economic disparities at the neighborhood level – is not an accident or an inevitable outcome of market processes.  Rather, to a large degree it is driven by public policies that govern the growth and development of the cities and suburbs that make up metropolitan areas.  Constrained by exclusionary zoning and other land use policies, new housing construction produces local homogeneity and economic segregation at larger scales.  Given that the housing stock lasts for decades, these policies build a durable architecture of segregation that segregates the population by race and income. This lecture will address how unwise public policies have led to the concentration of poverty that we observe today.