Sponsored by the Center for Urban Research and Education (CURE), the Department of Public Policy and Administration, and the Urban Studies Program 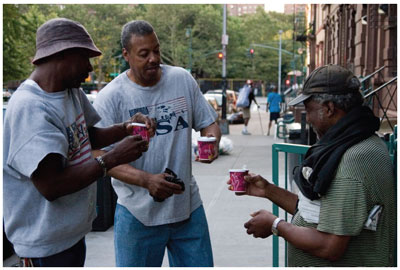 CHANGING FACE OF HARLEM is a one hour documentary that examines the revitalization of Harlem told through the deeply personal stories of its residents, small business owners, politicians, developers, and clergy. Identified as the birthplace of the Black Renaissance, CHANGING FACE OF HARLEM takes a critical look at Harlem’s history, early development, and its present transformation. The film highlights how a community deals with the challenge of maintaining identity while accepting change. The film began production in the year 2000 and was shot over a period of ten years.