By Paul A. Jargowsky, Christopher A. Wheeler, and Howard Gillette 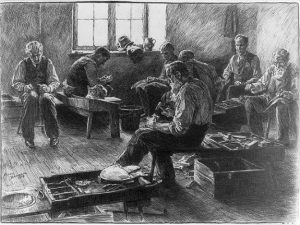 Urban areas in the United States have always attracted destitute persons, including immigrants and internal migrants fleeing even worse poverty and harsher conditions elsewhere. Philadelphia and its environs were no exception, having had a reputation as “the best poor man’s country” reaching as far back as the city’s founding in 1682. Despite the area’s vibrant economy and opportunities for social mobility, however, poverty remained very much a part of its history, even as both the nature and extent of the problem shifted over time.