Professor of Sociology and Urban Studies and Professor of Public Policy,
Brown University 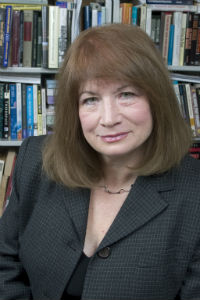 Lunch will be provided

Hilary Silver is Professor of Sociology and Urban Studies and Professor of Public Policy at Brown University, and Editor of  the journal, City & Community.  Her research focuses on urban poverty, social exclusion, and discrimination, and analyzes social, employment, and housing policies in the US and Europe.  She is currently editing a book, Comparing Cities (Routledge), on internationally comparative urban studies.  Her 2009 film, Southside: The Fall and Rise of an Inner-City Neighborhood, will be followed by Last Resorts, currently in production, on long-term trajectories of the chronically homeless.  Silver is also a Commissioner of the Providence Housing Authority.  Her talk is based on “Mixing Policies: Expectations and Achievements” in Cityscape (2013) and “Obama’s Urban Policy” in City & Community (2010).