Home » CURE Roundtable: After 2020 – A New Beginning for Political Activism and Civic Engagement? 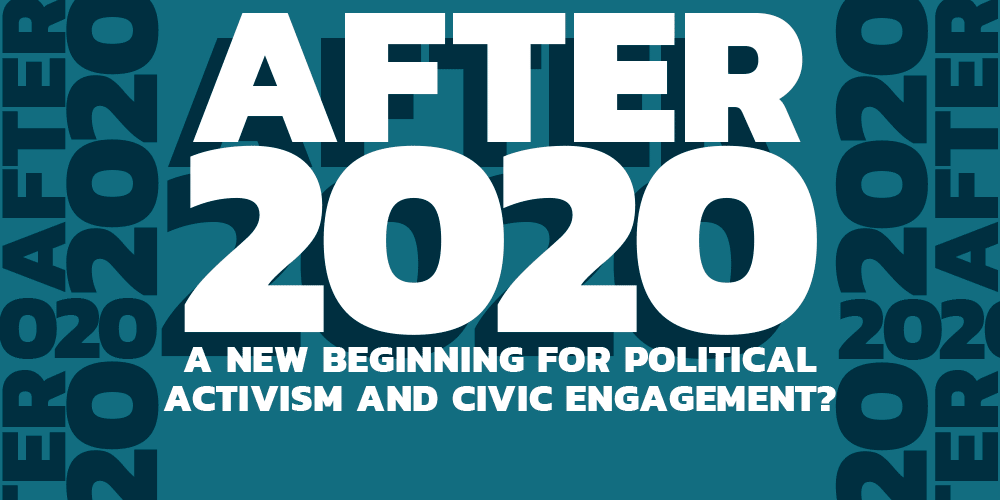 “After 2020 – A New Beginning for Political Activism and Civic Engagement?”

The past few years have been a period of dramatic and consequential political change, on a local as well as a national level. Many first-time candidates for federal, state, or municipal offices spectacularly defeated their establishment-supported opponents; many communities across the U.S. experienced record-high voter turnouts in the November election; and the increased participation of Black and Latino voters had a decisive influence on election outcomes in many states and legislative districts.

New vehicles for promoting political activism, such as Indivisible and the Working Families Party became more influential at the same time as new initiatives designed to reduce voter participation were introduced in legislatures across the country.

What can be learned from the political turmoil of the past years about the prospects for creating a better informed, more fully engaged electorate in the future? In a roundtable conversation, John Kromer, Lorraine Minnite, and Shauna Shames will discussed their research on voting trends, electoral rules, and the influence of gender, race, and ethnicity on political candidacies and election outcomes, with particular reference to urban communities. They were joined by Rutgers-Camden undergraduate students Oriana Holmes-Price, Political Science major, Adrian Rentas, Urban Studies and Community Development major, and Jose Zarazua, Political Science major.