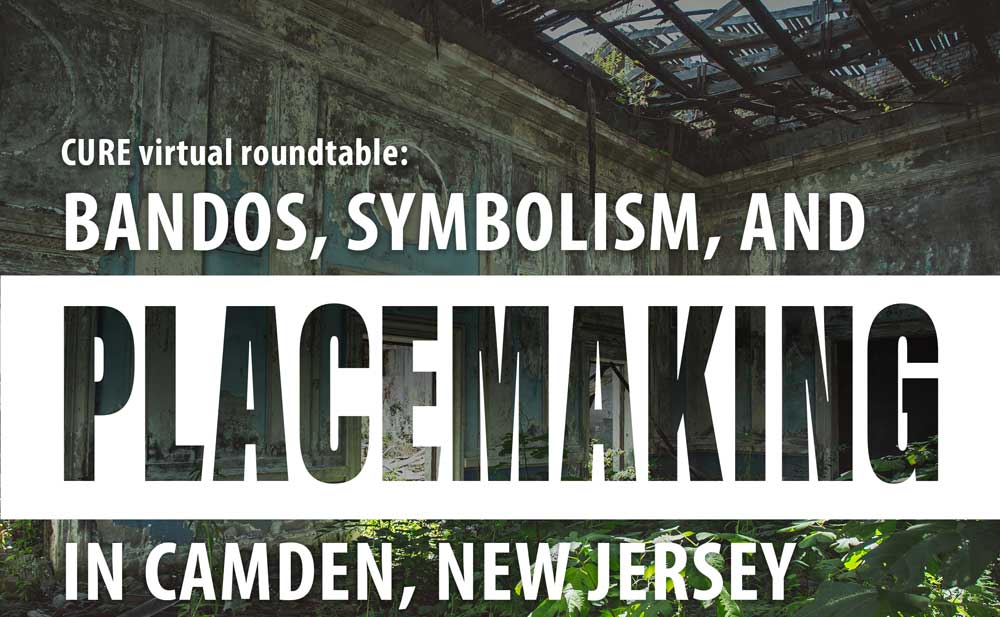 In her forthcoming book Toward Camden, Mercy Romero writes about the relationships that make and sustain the largely African American and Puerto Rican Cramer Hill neighborhood in Camden, New Jersey where she grew up. She walks the city and writes outdoors to think about the collapse and transformation of property. She revisits lost and empty houses—her family’s house, the Walt Whitman House, and the landscape of a vacant lot. Throughout, Romero engages with the aesthetics of fragment and ruin; her writing juts against idioms of redevelopment. She resists narratives of the city that are inextricable from crime and decline and witnesses everyday lives lived at the intersection of spatial and Puerto Rican diasporic memory.

Toward Camden travels between what official reports say and what the city’s vacant lots withhold. In this virtual roundtable, Mercy Romero, Ph.D. was joined by Vedra Chandler, Rev. PJ Craig, and Sis. Anetha Ann Perry to talk about landscape, dispossession, and the making of public memory in Camden, New Jersey.